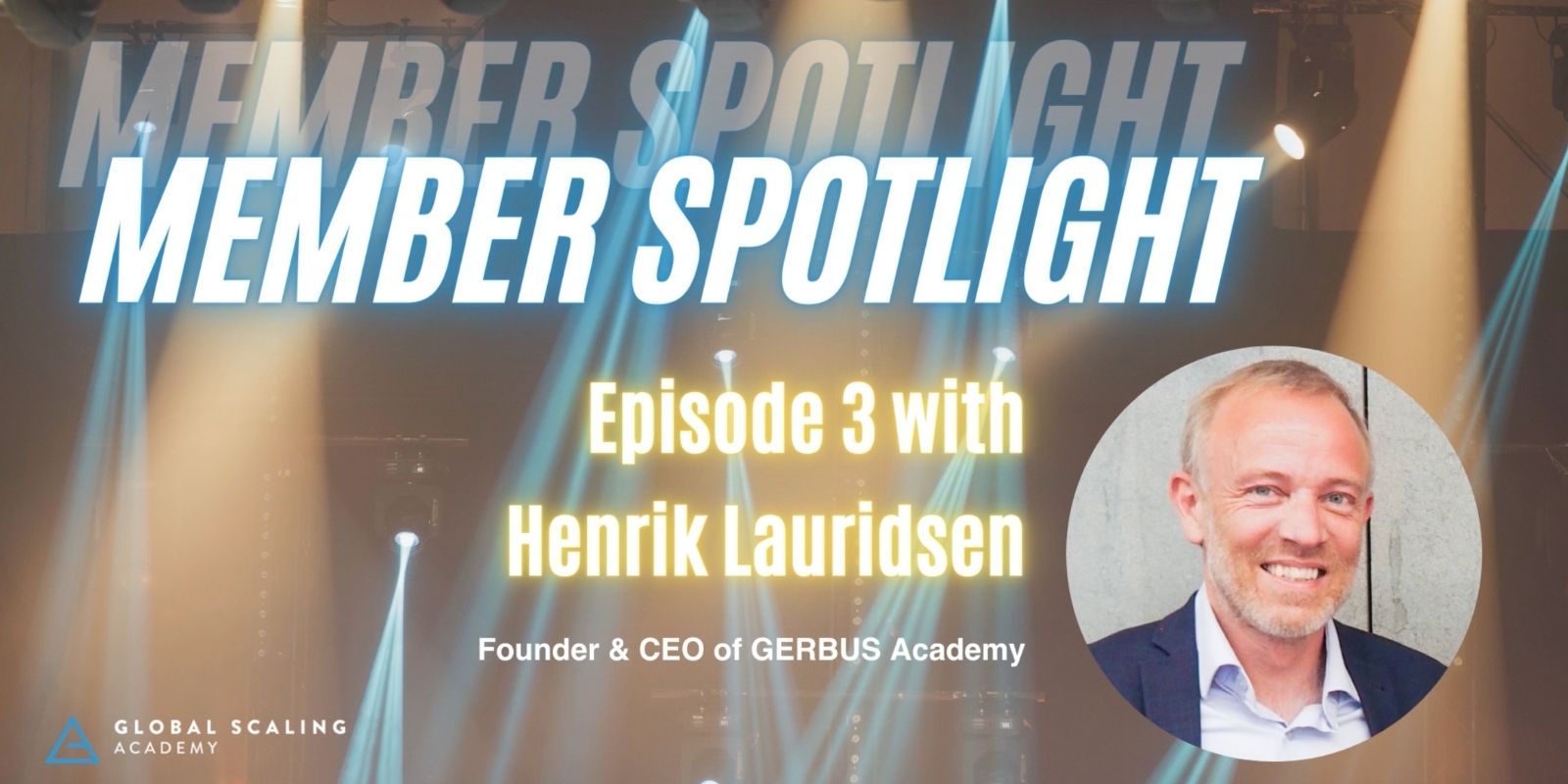 Introducing Henrik Lauridsen; the founder and CEO of Gerbus Academy. Gerbus Academy, situated in Hamburg granting access to world-class management thinkers and business experts to offer innovative development programs for senior management and executives. The academy’s ideology is to provide cutting-edge, relevant, fast-paced and collaborative experiences for companies and leaders looking to reinvent themselves and their business models. This service is not exclusive to Germany, but is actually offered in other European countries as well.

Born in Copenhagen, but having later moved to Germany, Henrik moved around quite a bit throughout his life. He has lived in Spain and France as well! He’s worked in the industrial services sector for many years, which explains where his interest to provide acceptable formats for senior management stems in. His passion for leading top tier management consulting protocols is what led to the creation of Gerbus academy.

In our chat, we dove into the primary things that Henrik thinks define him as a person. He thinks his main characteristic that shines through is his curiosity. He says he likes to learn new things and experiment with novelty. Given his love of dynamism, when it comes to business, he says his priority is constantly learning new things rather than attempting to become an expert on singular fields. He thinks a human being is not meant to stand still but explore new angles for inspiration and discover new ways of doing things in business and in their private lives. Especially given the ever increasing complex composition of our world and as our life spans get extended, novelty will become more of a muse for everyone. I definitely relate to this philosophy as it is so easy for us, human beings, to be lost in the standard habits we have developed in our daily lives. You never know what a difference simple changes you experiment with can lead to in your life!

Henrik particularly dove into his interest in music as a source of inspiration and muse. He thinks playing music and reading have granted him so many advantages. He says even when staying at home he tries to use different areas of his brain to get more creative and seek out different sources of inspiration. He will have to teach us how he does that! Henrik finally mentioned how family and friends play very important roles in his life. He thinks it's important to be with people and capitalize on life’s experiences together. He has two daughters, who have given him a whole new horizon of inspirations and perspectives. According to him, in the end of the day, professional experiences come and go, but family is permanent and is the actual source of what keeps us going.

We then jumped into Henrik’s entrepreneurial persona. He humbly said he did not view himself as the classiest entrepreneur, especially given the inspiring portfolio in Global Scaling Academy. Regardless, he is ambitious about getting things done and making an impact through starting very early. He got started with a small business in Spain right after finishing up his studies. E then moved into the corporate world, which was quite a different experience that gave him the opportunity to build up his expertise and background. He says he is truly proud to have been a part of this strategy company that is up and running to this day, showing him the need to create solutions for the constraints the corporate world introduces. While finding the academy, he wanted to create something currently not available in the market and could be used in the general business ecosystem. He defines this as a personal milestone.

When asked his perspective on the GSA community, he shared that he found it as a great initiative to combine the world of entrepreneurship to the corporate world so that all players can be educated and connected. He thinks corporates have a lot to learn from the adventurous startup sphere. Particularly in Europe, which is lagging behind the States and Asia, Henrik has high hopes for what this community can accomplish. He is excited to connect with everyone!