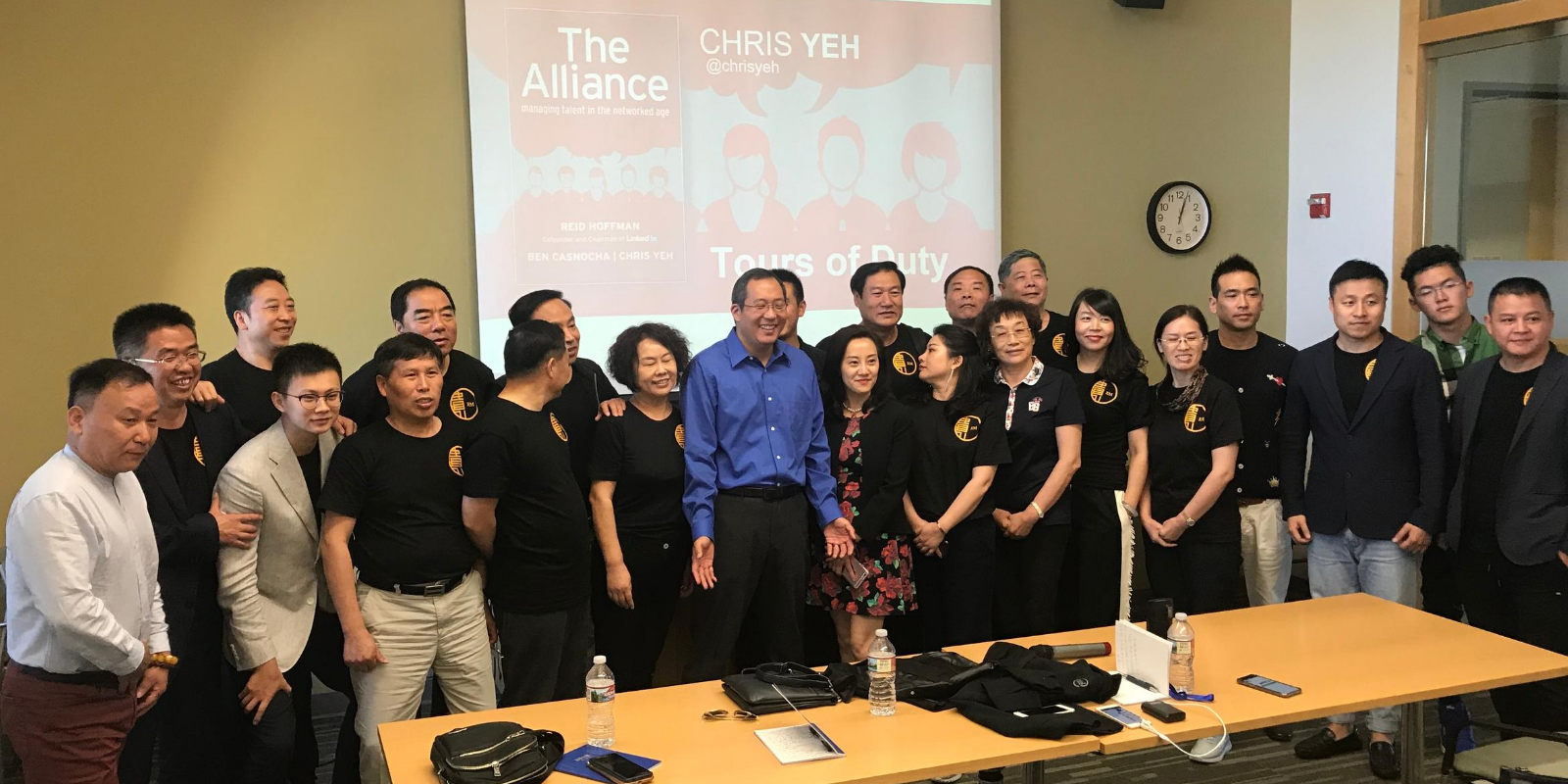 As you're thinking about working with these startups, one of the things you're going to run into is working with Millennial talent. Startups tend to be populated by younger employees. And you may have noticed that today's generation of employees looks at the world a little bit differently.

When it comes to working with Millennial talent, there are a couple of things I advise people to do. The first is to really put things in perspective. So when you talk about millennial talent, people often say things like: Wow, I can't believe how high their expectations are, I can't believe that they want these kinds of promotions so quickly, that they want to know all these different kinds of information.

And my response to that is, well, if you were their age, you would want all those things too. It's just that when we were that age, we didn't dare ask for them because we figured our bosses would fire us if we did.

So Millennials are not fundamentally different. They're just more willing to say the things that we all thought when we were their age below. Beyond that you need to then say, "Well, okay, great. They're asking me all these questions, How do I actually work with them? How do I make it happen?"

People are no longer content to wait around and pay their dues before doing something important. They want to start working on things right away, and they want to understand how those things are going to impact their career. So if you are explicit about their tour of duty, if you provide that kind of feedback, you're going to get a better result. And it's not enough just to define their tour of duty or their mission. Once you got to check into them on a regular basis. You should be having weekly one on ones and monthly check ins where you're going through and saying well how progressing towards the broader goals that you have.

The second thing you need to do is to really tie into their desire for career development. And one of the things that people often say is, well, "Millennials wanted all they wanted so fast. How do I get them to calm down? How do I get them to actually accept that? You know, maybe they can't be CEO of the company in just two years?"

The answer to that is to allow them to really get a concrete example. And I tell people, listen, if you have a millennial who's really in a hurry, ask them who in this organization do you want to be when they grow up? In other words, what person in this organization do you aspire to have the career of, and then you could just take that person, punch them into LinkedIn, and go through their LinkedIn profile. And what that will show you is wow, this person is incredible. They're amazing. They have all the talent in the world, and it's still taken them this set of steps to get to where they are today.

Giving a concrete example of what it really takes to be the kind of person they admire is a way to get Millennials to get more realistic about how quickly they're going to advance and what they're going to be able to do.

Different Approach to Connecting to the World

The final thing is to just make sure that you understand that Millennials act in different ways when it comes to things like social media, if you have policies around social media and what people are and aren't willing to say, or do, or where, those policies aren't really going to apply to Millennials. They're used to a very different way of existing in the world, a more public way of existing in the world. I still remember the first time one of the people who reported to me who had friended me on Facebook wrote,

"Wow, I'm so hungover today. I hope my boss doesn't expect me to do too much."

Now, admittedly, maybe some of you had that thought in your head when you were young, but you would never have expressed it. That's exactly the sort of thing that people express every day. And you may say, wow, that's terrible. But actually, it's good. If someone is hungover, I would rather know about it. I would rather be able to compensate for whatever kind of problems they're having in their life at that point in time that transparency is a benefit, not a bug.

So when it comes to working with Millennial talent, there are going to be some differences. But if you keep in mind the fact that they just want the same things that all of us have always wanted, if you use concrete examples to really ground them in reality, and if you take advantage of the transparency that they bring to the workforce, you may find that working with Millennial talent can actually help you get more done.